Your Doctor Said What? 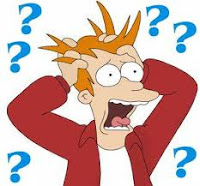 While I do not bash conventional medicine because there is a time and a place, I have to share that I am often shocked at what I hear conventional physicians will share with my clients.

I will share many interesting stories of doom and gloom from a conventional medical approach that ended up in a much easier and healthier path from a natural perspective.

The first two stories are from myself and my wife.

When I was 17, I had my first grand mal seizure and continued to suffer with these until I was about 28. Early in this time I was diagnosed as an epileptic and put on anti seizure medications and was told that I would be on these the rest of my life to help in controlling the seizures. The joke to me was that I still had seizures even when medicated. Thankfully this was the beginning of my journey toward health and wellness. To make the long story short, I addressed my health naturally, removed the toxic metals in my mouth and my body and have been seizure free for 20 years. All this without the need for the harmful medications that honestly, did not seem to help anyway.


Now for my wife's story as told by her.

Since endometriosis is incurable, according to Western medicine, my surgeon, the best in Milwaukee, told me in 2004 that I would have to have surgery every 2 years and she gave me a 50/50 chance on getting pregnant. She told me to get pregnant right away, that I was the most fertile after a laporoscopy. That is when they “remove” the scar tissue created by the endometrial lining that escapes from inside the uterus and attaches to other internal organs such as the bladder, bowels, intestines, ovaries, and uterus, creating infertility and painful menstruation. Mine was everywhere; I had an extremely bad case of endometriosis.

The moment those words came out of her mouth, I was devastated.  I did not want to have surgery ever again, let alone every 2 years until menopause!  Plus I have always wanted to be a mom, and the thought of never having kids was unbelievable.  After a few weeks of grieving her words, I cried asking myself, “How did I make myself so sick?”  And then I promised myself that I would do whatever it takes to heal, no matter what it was, as long as it didn’t involve surgery or pharmaceutical drugs.  I think that was a pivotal moment for me.  The moment I asked myself how I made myself so sick. I have no idea why or where that thought came from. It was before any “self-help” or transformation work that I have done.  But taking responsibility means that I could do something about it, that I was in control.  Not those scary words from my surgeon.

I soon after met a woman who introduced me to Young Living essential oils that made a huge difference within one month of my cycle, and then I met the head of the endometriosis society in Milwaukee, who said they were linking it to auto-immunity.  A few months later I was blessed to meet Glen Depke, my amazing husband who helped me completely change my diet and release the heavy emotions of past circumstances of my life.  I have never had surgery again, I am about 90% symptom free and have a deep understanding and attunement with my inner body.  The body has an amazing ability to heal, we have to give the body what it needs, and eliminate all that weakens it.

A client of mine came in a few weeks ago and mentioned that her doctor has her on a proton pump inhibitor medication. This is used to significantly reduce the amount of stomach acid produced. This was confusing to me because it was very clear to us that she was not producing enough and this is so important for the breakdown of protein as well as absorbing minerals and B vitamins. Well the reason she was told to take the medication is because they looked within her stomach and found red open sores that they wanted to heal.

So what the heck was the thought?

Low stomach acid creates open sores in the gut? I don't think so. How about addressing the daily aspirin that this person is on (per her medical advice) to keep the blood thin while also creating regular and daily damage to her intestinal lining. You know, the red open sores. Maybe instead it would make more sense to take something natural to maintain the blood viscosity that does not damage the gut lining and use simple gut restorative supplements to rebuild a healthy gut lining?

She mentioned developing a goiter and was put on a thyroid medication called synthyroid. Her thyroid levels in her blood were normal but the goiter was unchanged. She was also riddled with symptoms of extreme emotional response and the fear of you will not have more children from the use of the medication. In the end, she stopped the synthyroid and  the goiter went away during a whole health focus for this particular woman.

This woman was tested with a cholesterol level of 279 and told to go on a drug for rest of life because it is genetic. She instead chose to focus on her health and wellness by eating healthier and exercising. Low and behold, this lowered it to 185. What irked this client more than anything is that her doctor had absolutely zero response to what she was able to accomplish.

Here we have a child allergic to eggs that was given a MMR shot (egg base). The doctor said it was OK, but it pushed this child into a high fever, cough and rash. The mother called doctor and he said to NOT bring him in and noted the file (without seeing him) that he had Fifth disease. This eventually lead to physical and speech developmental delay and bowels were a "soupy mess." Interestingly enough, the doctor said this was normal for this child. Well in the end, this mother brought her child to a master herbalist who provided natural treatment leading to normal physical and speech development. Oh and of course, healthy bowel movements.

Here's a story of a 15 year old that was brought to a doctor because she was having pain in her left knee and hip when she would run. She was referred to an osteopath where they took an x-ray but didn't see anything. His advice was to try some exercises before she would participate in any activities and if that didn't work, he would give her a cortisone shot. The mother questioned this and took it upon herself to get another opinion. This time they took the x-ray to a chiropractor and saw in the very same x-ray a bit of a twist in her spine. After a few adjustments she was able to run with no problems. No exercises, no cortisone!

Well, the stories are endless here and remember, I am not saying you should not go to your doctor when needed. Just remember, doctors are people too. They make mistakes at times just as I do and you do. They are also trained in one way, which is to address your symptoms, not the cause of the symptoms.

The next time you are asked to do something against what you feel is right, ask yourself, "What did my doctor say?"

Heck, that goes for me too!

If you have any comments or questions in regard to this article, please leave them below for me to address personally.
Posted by Glen Depke of Depke Wellness at 5:35 PM