What's the BUZZ about Methylation?

Before we go any further, let's define methylation in the simplest way possible:

Lower levels of methylated DNA could lead to over activity of genes, including over activity of the genes that control immune responses  and the body's tendency to attack its own cells. Methylation also regulates proteins, histones and stem cells. This is not simply methyl group regulation at a DNA level, this is truly a holistic regulation.

It is also my intention to make methylation understandable. When researching this subject, the technical aspects can be overwhelming to most health care practitioners as well as the general public. I sincerely hope this article, and more to come, will shed light on methylation that is easily understood.

There are critical roles that methylation plays in your body's biochemical reactions.

What are some common challenges with methylation?

Heavy metals:
Heavy metals is to impair your ability to make methyl groups, thus hindering your ability to methylate other molecules is reduced. Ultimately, reduced methylation diminishes your body's capacity to rid itself of heavy metals. So you are less able to deal with toxins if you can't methylate properly. And round and round we go...

A major source of methyl groups in your body is the amino acid methionine. It comes from meat and other protein sources in your diet. The answer is not just eating enough protein but also protein absorption. This is why I am such a strong proponent of a quality Prebiotic/Probiotic Formula, a quality full spectrum enzyme such as the Prime Enzyme Support and stomach acid supplementation such as the Prime Stomach Acid Support. All three of these can be found in the 1, 2, 3 of Digestion.

Low lithium:
Lithium enhances the uptake of B12 and folic acid into your cells. As such, it is critical to methyl group production. At the same time that you are activating the shortcut pathway, you are holding B12 supplementation to minimal amounts until you see from the Hair Elements Analysis test in particular, and the Urine for Toxic Metals and Essential Elements test to some degree, that lithium has increased in your body. Too much B12 before this time can further deplete lithium and lead to a stalemate. After lithium has come more into balance, you add B12 carefully so as not to deplete lithium again. 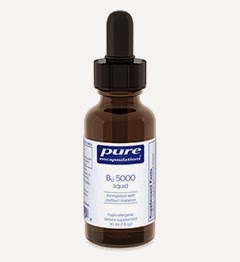 Low folate levels:
The importance of folate to the human body’s ability to remain in optimal health has recently been emphasized. Folate is a member of the B vitamin family of supplements. Its main function is to enhance the body’s metabolism and promote and restore cellular growth.The vitamin folate is a key source of the one carbon group used to methylate DNA and low levels of folate can also lead to homocysteine accumulation. The use of vitamin B12 as mentioned above will likely assist in the conversion of folate but it would almost always benefit to supplement with folate. In my office I recommend a liquid sublingual product called Folidreen, which contains Folic Acid (folate), B6 and B12 (methylcobalamin). A key with both the folate and methylcobalamin form of B12 above is to start slow because this can activate a fast release of toxins and further symptoms.

Low glutathione levels:
Glutathione plays many important roles in the biochemistry of the body, including serving as the basis of the antioxidant enzyme system, participating in the detoxication system, and supporting a cell-mediated immune response. The key here is to understand the implication that glutathione plays with methylation. When an individual is undergoing protocols to lift the partial methylation cycle block, this value usually rises into the normal range over a period of a few months. This is very important, because glutathione normally participates in the intracellular metabolism of vitamin B12 and if it is low, a deficiency of vitamin B12 results, leading to an insufficient methylation cycle. This means that when you are suffering from glutathione depletion methylation will also suffer. At Depke Wellness we recommend an A/C glutathione to build up glutathione levels, then switching to a glutathione recycler to assist in maintaining these levels.

So in the end I want you to understand that methylation plays a significant role in your personal health and happiness and if this process is dysfunctional, the ability to heal can and often will be severely hindered or restricted. For those challenged with methylation due to lifestyle issues, correcting these challenges and using the recommended supplementation can assist your body into achieving this natural cycle over time. For those with genetic challenges in methylation, life long supplementation may be needed. With that said, I would also argue that the many of the "so called" genetic issues can also eventually balanced when addresses your underlying triggers.

If you have any comments or questions on this topic, feel free to leave these below and I will address this personally.